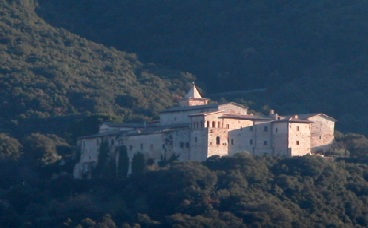 The Abbey of Sassovivo is one of the older and most important monument in Foligno.

It was builded in about 1084 and at the beginning it was a military fortress, property of the Sir of the near castle of Uppello.

But often the small river “fosso renaro” destroyed their refuge, after heavy rains.

So the Count of the castle “Uppello”, owner of the fortress that today is the abbey, decided to donate the building to the monks, in change of forgiveness of all his sins.

The monks received other presents from other noble persons and thanks to an excellent management of their resources they increased their assets.

In the 1200 century the Abbey of Sassovivo had the maximum power and wealth, infact it controlled 92 monasteries, 41 churches and 7 hospitals.

In 1229 the monks demand to build the cloister in marble. The work was done by master Pietro di Maria. It's composed of 128 columns, 58 strings, two entrances and a beautiful setting of classic style. The cloister is decorated with two lists of mosaics that make it more refined. The well in the center of the cloister is 1340. After centuries this is one of the most beautiful cloister of all Umbria and the abbey is a architectural jewel inside a wonderful landscape. 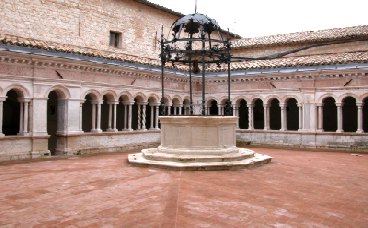 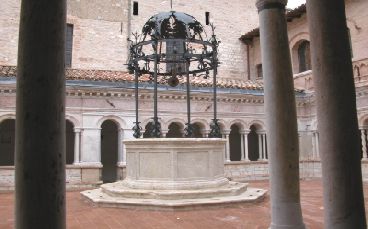 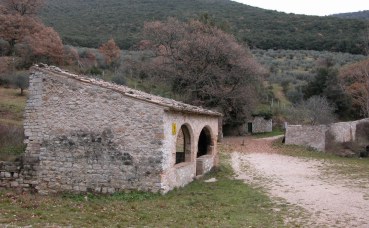 The first refuge of the monks